How has the industry changed over the past ten years?

Whilst the origins of cloud computing began before 2010, the technology has truly gained momentum in the last decade and transformed our online transactions today.

The number of enterprises moving some or all of their workloads off-premises and into the cloud has skyrocketed in the 2010s, with research from Forbes predicting that 83% of enterprise workloads will be in the cloud by 2020. According to Statista, worldwide spending on public cloud began the decade at $77 billion and is projected to finish at $411 billion.

Cloud history
It is thought that the principles of cloud computing began as far back as the 1960s when Joseph Licklider, one of America’s leading computer scientists, envisioned an “intergalactic computer network”, where people could access programs and data from anywhere.

Whilst this may have been the first suggestion of cloud computing, it didn’t really come to fruition until 2002 when Amazon entered the market with the emergence of Amazon Web Services (AWS) – the now undisputed leader of the web hosting market.

Cloud milestones
By 2010, the cloud had begun to thrive, with technology giants AWS, Microsoft and Google all growing fast. OpenStack, the leading open-source cloud software platform, was also born in 2010.

Businesses began to take cloud adoption more seriously, with huge companies such as Netflix, Pinterest and Dropbox all making the move. John Rymer, a Forrester analyst, commented, “It’s a big shift. The cloud has arrived. It’s inevitable”. As more household brands migrated their business operations to the cloud, it became less daunting to others.

In 2013, Docker, the container software, was released. The use of cloud containers has really snowballed in recent years, with 53% of organizations now investigating or using containers in development or production, according to a Cloud Foundry report.

Cloud leaders
Whilst the market has become more saturated over the years, with cloud computing developing into an intricate ecosystem of technologies, services and products, it seems that AWS began the movement, and have dominated the market ever since.

Amazon capitalised on the market by pitching to startups, selling the public cloud as a way to kickstart their businesses without paying over the odds for on-premise servers, storage and equipment. The move from Capex to Opex and use of a pay-as-you-go billing model was attractive to SMEs and propelled AWS to the top of the market.

However, the downfall with AWS’s model is that there is no management layer included, so trained specialists are required to run it, which is an added overhead for companies running their businesses in the cloud. This provided a gap in the market for suppliers such as VMware, Rackspace, and Hyve who took more of a managerial approach, offering to help businesses to manage the applications and workloads running in the cloud.

Expert opinion
Oliver Ward, Head of Strategy at Hyve, has been working in the cloud hosting industry for 12 years. He commented,

“Real cloud computing began after AWS introduced the idea of autoscaling. VMware had it’s High Availability system already firmly rooted in corporations. Since then we can see how it’s expanded by looking at the AWS marketplace and understanding the ever-changing product portfolio. Over the past decade, it is the feature set of the cloud that has really been updated. Cloud providers have vastly improved the integration of their products – for example, you can now use VMware on the AWS Cloud.”

A look to the future
In the past decade, Hyve has expanded our services alongside the trends – from a shared server host to a dedicated server host, to a VMware multi-tenanted and Private Cloud host. In 2020, we are now looking at Docker and Container hosting with Kubernetes – a trend that seems to be set to take off.

In the past decade, the cloud has gone from being a ‘nice-to-have’ to the technological lifeblood that runs through most modern enterprises. Where will the technology be in 10 years time?

What do you think the next big cloud trend will be? How will the 2020s look? Let us know your thoughts @hyve! 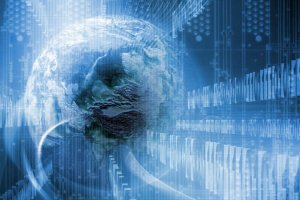 5 solutions for Fintech companies to stay cyber aware in 2021 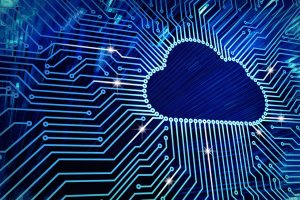 What Fintechs Should Do When Their Cloud Infrastructure Is Under Threat